My Year In Astronomy, by Citizen Scientist Hugo Durantini Luca

Today we have a guest post from Disk Detective citizen scientist Hugo Durantini Luca., from Cordoba, Argentina, who just returned from another trip to the Complejo Astronómico El Leoncito (CASLEO) observatory to make follow-up observations of our disk candidates.   I think Hugo is going to end up a professional astronomer if he keeps this up!   –Marc

My Year in Astronomy

First of all, and to avoid repetitions, if you have not read my other post in this blog, you can take a look here:  This post is a continuation of that experience, my love for Astronomy has only get bigger since back them.

2016 and 2017 have been a without a doubt a couple of interesting years for me regarding astronomy, but 2017 takes the prize in my opinion. Even if not in the way that I originally planned or imagined, a lot of the things that I thought back in 2015 started to take form.

While the work in Disk Detective was progressing, 2016 was dedicated to expanding my practical knowledge in Astronomy thanks to the different workshops of the Grupo de Astrometría y Fotometría / Astrometry and Photometry Group (GAF) at the Observatorio Astronómico Córdoba (OAC). I learned some basics about astronomical instruments and more advanced concepts about image processing to be able to make scientifically valuable reports of astrometry and photometry. 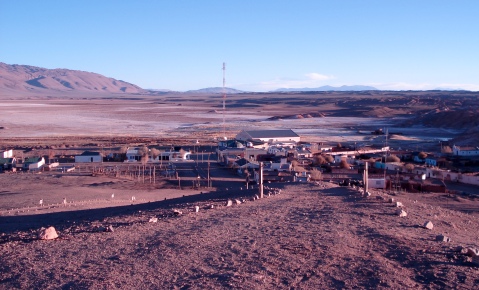 In 2017 the travel opportunities started to appear again and, of course, I tried to make the most of them, with two travels to CASLEO in the San Juan province for Disk Detective observations, one to the Observatorio Astronómico Tolar (OAT) in the Salta province, and a couple of good experiences in La Estación Astrofísica de Bosque Alegre (EABA) in my own province. Except for CASLEO, the rest were related to my participation in the GAF and IATE.

CASLEO feels after three trips like a very familiar places, so much that even after observing 100 stars this year alone for Disk Detective, I never get tired and always looks forward to return again. Plus, working along Luciano Garcia from the OAC is always a pleasure and a great learning experience. Without a doubt, working with spectrographs never ceases to be interesting. 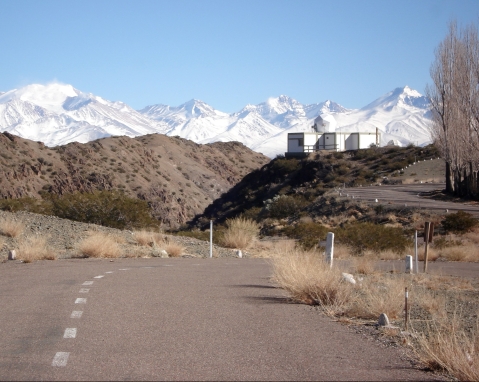 This year I enjoyed the opportunity of exploring the landscapes of CASLEO in two different seasons of the year, and along the trip of 2015, now I have almost a complete picture almost complete of how they change throughout the year. What never changes is the enjoyable environment which welcomes our arrival—another reason to return. 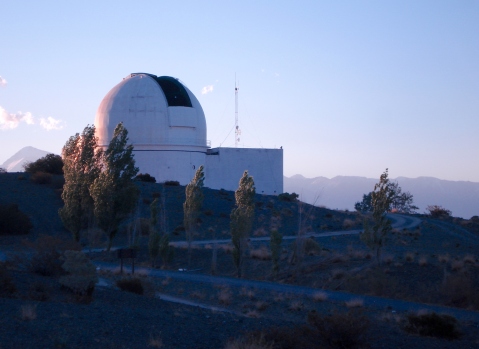 My trip to Salta and the OAT was the longest distance I have traveled and my longest stay away from home in a very long time, but a wonderful experience for multiple reasons. Not only I never visited before the north of my country, with a visit to the National University of Salta included, I was traveling to collaborate in the project of a new astronomical observatory that is starting to work at the same time that I keep my formation as Telescope Operator and advancing in my Astronomy career with help of exceptional people.

The trip to the OAT, located in the small town of Tolar Grande is, let’s say… a bit longer compared with the trip to CASLEO (1200 vs 750 kilometers), but the landscape alone makes the trip worthwhile. Even with the OAT in a stage of construction, we already were able to capture CCD images with enough quality to make a few first contributions: exoplanet transit reports and others events.  The potential of the site is huge. 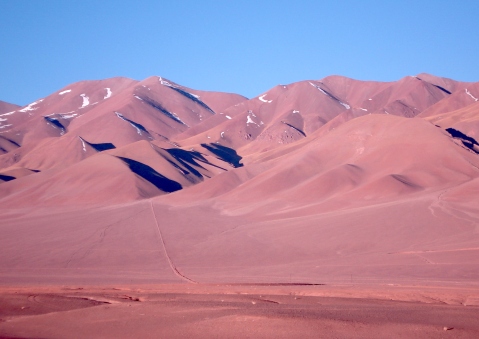 Tolar Grande is a town with a bit more than 200 inhabitants, but the calm that possesses you along with an incomparable night sky that surpassed the experience of seeing for the first time the Milky Way at CASLEO.

Bosque Alegre (EABA) in Cordoba was another great experience this year, was able to interact with both telescopes while we were doing observations for the June transit of transneptunian object MU69. The 1.54 meter telescope is the same one that participated of the kilonova discovery that traveled the world with the news of the first gravitational wave event with a confirmed optical counterpart (is worth to mention that the OAT also tried to contributed there), but in this case I worked with the Perrine Telescope (76 cm).

I could keep writing pages upon pages describing in detail all the experiences, but that is not the idea of this post. The idea was to present a small summary of my experiences and current activities, whose initial seeds started in Disk Detective and then started to branch off in ways that I was unable to imagine. Citizen science is without a doubt an invaluable tool for common people to get involved with subjects what they love, maybe at first only like a hobby, maybe later like the start of a career in the scientific world.

Never stop chasing your dreams, and in the case of Astronomy, looking to the skies!

With thanks to Marc Kuchner, Steven Silverberg, Alissa Bans and Milton Bosch from Disk Detective, to the people of the Space Telescope Science Institute–Bernie Shiao, John Debes and Geoff Wallace–and the people of the OAC / GAF / IATE–Diego García Lambas, Carlos Colazo, Matías Schneiter, Cecilia Quiñones, Rodolfo Artola, Carla Girardini, Raul Melia and others. Without them I would not be writing these words, with so many projects in my mind that I hope to get done. 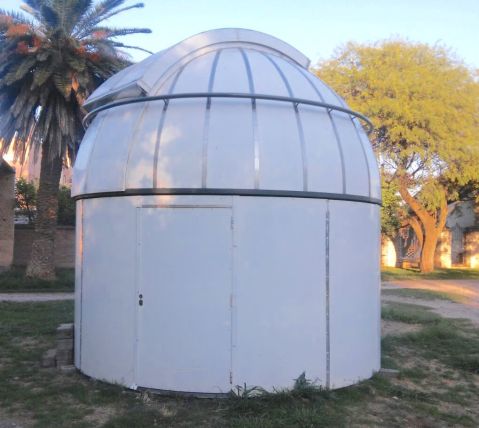